SSB Guidance by The the best SSB Coaching in Dehradun

Our SSB Coaches at Dehradun Centre 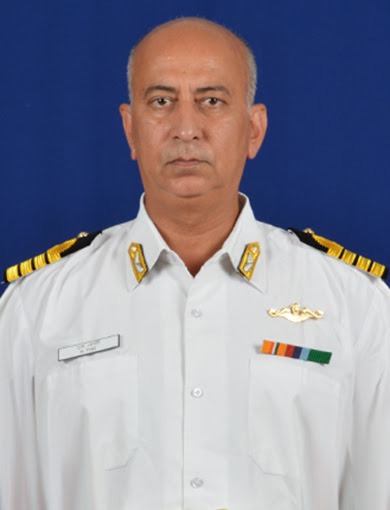 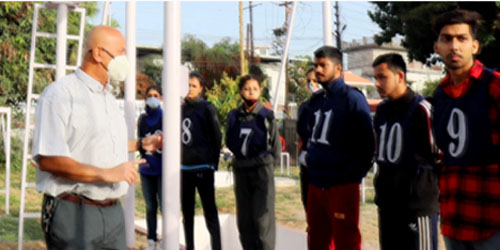 NEVER COMPROMISES ON ORGINALITY OF THE CANDIDATES

OUR COACHES LOVE TO BUILD UPON THE REAL SELF OF THE INDIVIDUAL AND THEY NEVER SUGGEST ANY FAKE OR DISCONNECTED RESPONSES AT ALL. 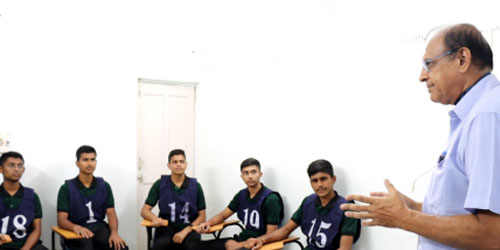 WE DO & LEARN THINGS EVERYDAY IN A VERY STRUCTURED MANNER.

OUR DURATION BASED MODULES HAVE VERY SPECIFIC TARGETS THAT ARE ALSO MEASURED IN CANDIDATE PERFORMANCE. 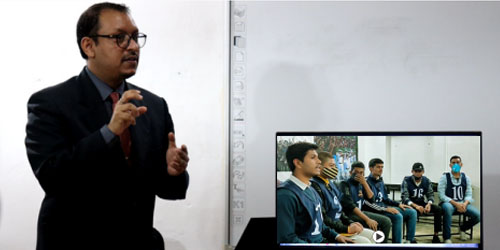 VIDEOS OF CANDIDATES TO HELP THEM SEE THEIR PERFORMANCE.

TRAINER PURU ALWAYS ENSURES THAT THE CANDIDATES GET TO SEE AND FEEL THEIR PERFORMANCE. WITH HIS AV ANALYSIS APPROACH STUDENTS KNOW THEIR ACTUAL WORDS & ACTIONS TO IMPROVE. 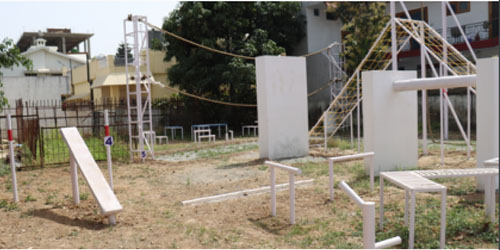 WE HOUSE A LARGE GTO GROUND WHICH IS EQUIPPED WITH EVERY OBSTACLE THAT YOU MAY HAVE TO FACE IN YOUR SSB. TO ENSURE MAXIMUM COVERAGE OF EACH TASK WE PROVIDE YOU A 5-DAY GTO SERIES. 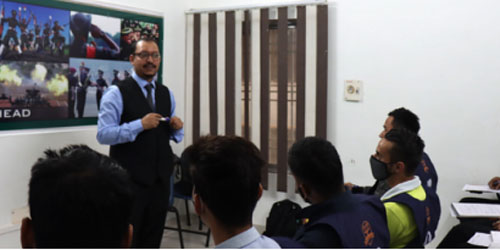 YOUR WORDS DEFINE YOUR VALUE IN ANY PERSONALITY ASSESSMENT. TRAINER PURU THUS ENSURES MAXIMUM FOCUS ON SPOKEN ENGLISH AS WELL AS BUILDING THIS SKILL WITH EASE IN CANDIDATES. 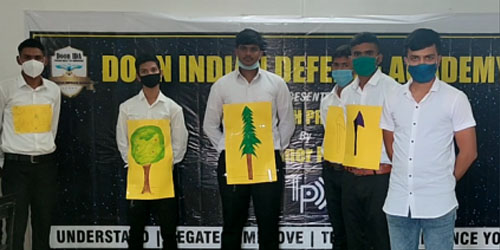 DRAMATICS, TEAM ACTIVITIES AS WELL AS INDIVIDUAL TASKS ALL THIS IS A PART OF OUR PERSONALITY EXPERT'S MODUS OPRANDI. THIS ENSURES EVEN THE INTROVERTS HAVE A FAIR CHANCE TO FEEL EMPOWERED WITH EXPRESSIONS. 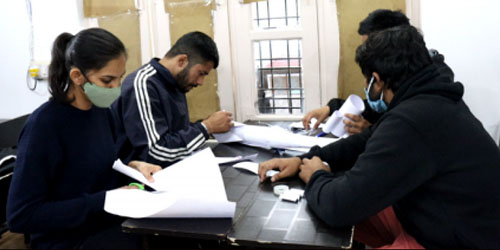 KNOWLEDGE BUILDING ASSIGNMENTS FOR EACH STUDENT.

CANDIDATES ARE GIVEN SOME KNOWLEDGE BUILDING ASSIGNMENTS TOO IN ORDER TO BUILD BASE OF KNOWLEDGE ALONG WITH APPLICATION OF THIEIR SKILLS. THIS ENSURES THEIR READINESS FOR SSB! 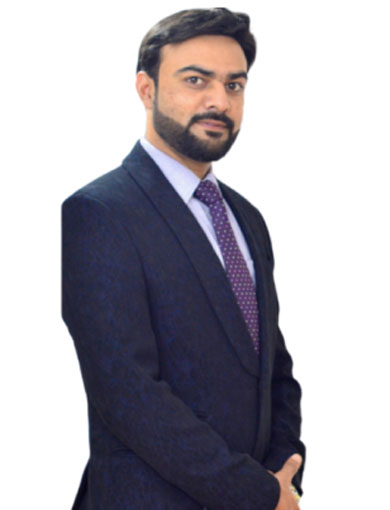 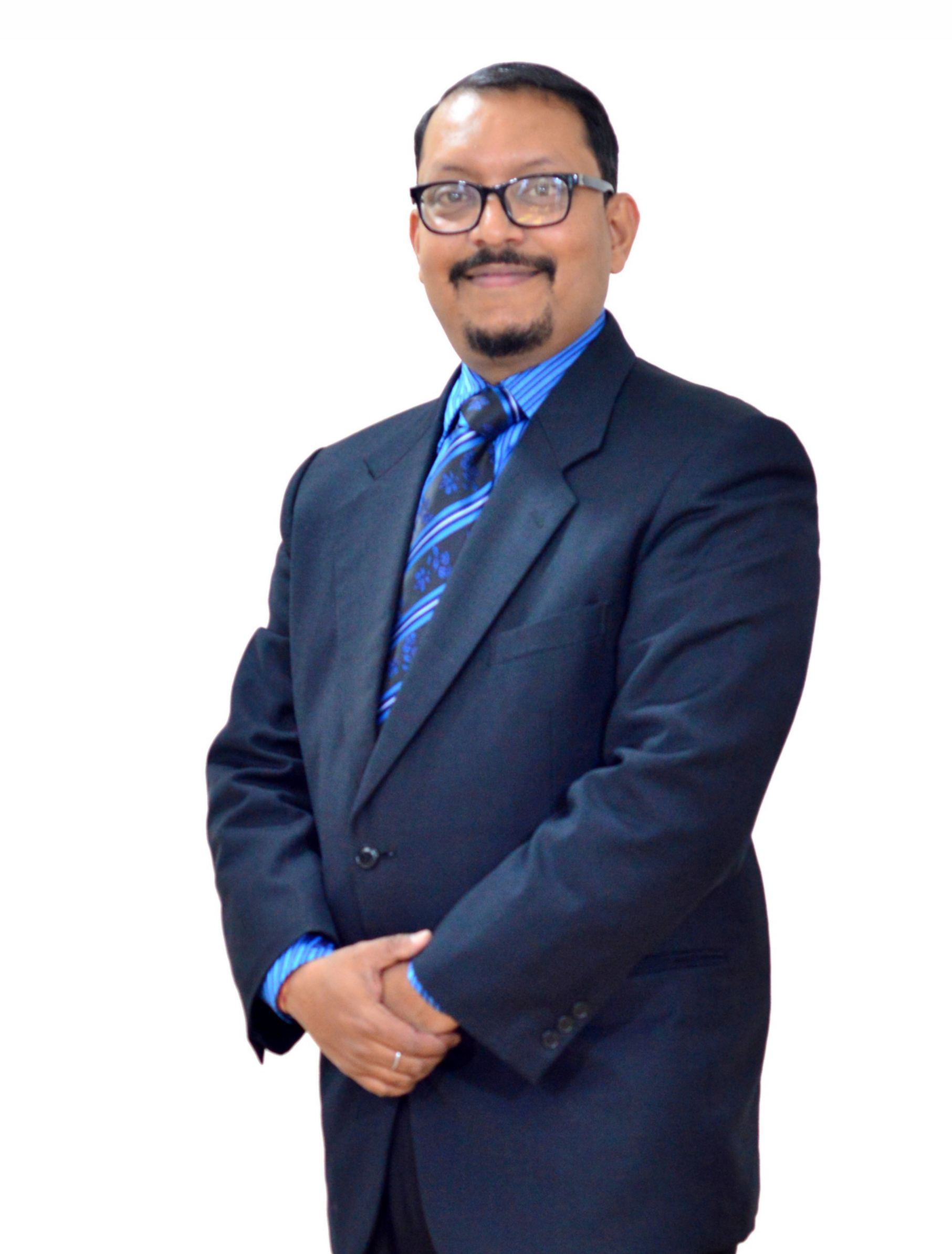 The process of candidate’s arrival and initial documentation is called reporting.  The reporting time defines how you will spend your reporting day. If you have been instructed to report at 6 AM then you will undergo the Day 1 process on the same day. However, if you are being asked to report during the Noon or afternoon hours, your Day 1 Process will begin the next day. Reporting has a lot of importance because it is like your first Date with the SSB Center.

The very first stage you appear for on the first day is called Officer Intelligence Rating (OIR) tests. This consists of testing the Verbal and Non Verbal ability through basic reasoning questions. Figures, Numbers, Patters, Series Dices, Images the questions picked are of moderate level and need a clear logical mind to attempt them. The number of the questions varies and difficulty level changes from batch to batch.

Candidates are gathered in a hall and a Hazy picture is shown for approximately 30 Seconds. This is followed by a 4 minute deadline to create a meaningful story. The story should have some relation to the Picture and has to be original. This activity helps one understand the Perception and Thinking of a Candidate.

The candidates are then brought to a common place and groups of 18-20 are divided for the next step. Each group walks into an assessment room and are assessed sitting in a Semi-circle formation. They narrate their story one by one. The candidate has to fluently express the story as written by him in Part I of the assessment.

As soon as the last candidate is done with Narration of the story, the Groups begin a discussion amongst themselves. The discussion lasts till a conclusion is arrives. The observers check how effective the group is in arriving on a Common Group Story.

Candidates are shortlisted on the basis of combined performance in OIR Test and PPDT. All those who qualify stay back for the next four days, however, rest of the Candidates leave the SSB Center.

It is a series of written Psychometric tests, created by a Psychologist. These tests check the candidate’s Psychological ability to be a potential trainee for Officer Rank.

It is also very similar to PPDT. In this test, about 11 pictures are shown. Each picture is displayed just for 30 seconds after that candidates write a story based on the picture in 4 minutes. After 4 minutes another picture is displayed and the same procedure is followed till the last slide. The twelfth slide is displayed blank where a candidate is supposed to write any story of their choice.

Next psychological test of SSB selection procedure is Word Association Test. In this test, 60 words are shown one after other for a period of 15 seconds each. Candidates have to write their first thought that comes to their mind for those words.

In this test, candidates will get a booklet with 60 situations written in detail. Candidates have to write their responses based on those 60 situations. The time given for each situation is really less. They get 60 Seconds to attempt answering a situation.

In this test, candidates have to write the opinion of their parents, friends and teachers about themselves. This is a really important test and requires one to know things about self. The time allotted for it is 15 minutes.

The Interviews begins on Day 2 and few initial Candidates attend it. The Interview is conducted by Interview Officer who can be termed as “Human Lie Detector” who interacts with the candidate for around 40-45 minutes. There are various types of questions that are put forward and the candidate is expected to answer them with confidence along with clarity.

There is a lot of time spent by the GTO in assessing candidates. He stays with them in a long list of activities.

Group Discussion: A situation or a topic is given to a group. They are instructed to discuss the various aspects of the topic. Group Task Officer observes each candidate during the course of the group discussion. There are two Group Discussions with 10 -15 minutes duration each.

Progressive Group Tasks (PGT):  The target group of candidates in this activity has to cross a series of obstacles with the help of supporting materials like rope, plank, wood log etc.

Half Group Tasks: This round is same as PGT but the numbers of group members is then made half. Candidates get more chance to show their potential.

Individual Obstacles: In this round, candidates are required to attempt 10 obstacles individually.

Group Obstacles Race or Snake Race: All group members pool in their strength and compete with the other groups. Candidates are required to cross certain obstacles with the snake formed out of bamboo wrapped with cloth and ropes.

Lecturette: In this round, each individual has to give a lecture for 3 minutes on a topic selected by them.

Final Group Task: It is same as Progressive Group Task. Candidates have another chance to show their potential and team work

On the final day, all the SSB board members have a discussion on each candidate and then interact  with the candidates one after other.  The conference is to confirm  who is in and who is out. Candidates are required to come before the complete Board of Examiners, which is consisted of President, Deputy President, all the GTOs, all the psychologists and Technical Officers. On an average 5 minutes are given to each candidate. Within an hour after the process is over, the SSB result is declared.

Each Recommended Candidate is thoroughly checked medically to ensure he meets all the basic qualifying criteria for SSB/NSB/AFSB Selections at board’s discretion. Please refer to the respective PDF document of announcements of SSB Entry on the Army/Navy/Airforce web links.

Qualification: 10+2 (based on their aggregate percentage in Physics, Chemistry and Maths.Cut off 75-85%)

Qualification: 10+2 (based on their aggregate percentage in Physics, Chemistry and Maths. Cut off 75-85%)

Qualification: Engineering graduates B.E and B.tech  subject to eligibility of a particular stream. Cut off 62 -65%.)

For technical engineering graduates B.E and B.tech (subject to eligibility of a particular stream. Cut off 62 -65%. )

Open for: Both for male and female candidates.

Qualification: Final year engineering graduates (BE and B. Tech) with initial screening rounds at campus. Short listing based on overall percentage.

Qualification: Final year engineering graduates (BE and Btech) with initial screening rounds at campus. Short listing based on overall percentage.

Open for: Both for male and female.

Open for: Both male and female (depends on type of entry)

Qualification: For post graduates. Initial screening test at selected venue and only for Meteorological branch.

Open for:  For both male and female.

All you need to know about SSB.